The main challenge of adsorption consists in the production of materials that can be used in real situations. This study comprehensively describes the CO₂ and H₂O adsorption behavior of honeycomb-shaped sorbents commonly used in rapid pressure swing adsorption cycles (RPSA). With this purpose, the kinetics and equilibrium of adsorption of CO₂/H₂O/N₂ mixtures on three honeycomb carbon monoliths (793, 932, and AM03) were assessed in a thermogravimetric analyzer (TGA) under different post-combustion capture scenarios (temperature of 50 °C and several concentrations of CO₂). The kinetics study exhibited that the single adsorption of CO₂ and H₂O can be adequately described by the Avrami’s and the exponential decay-2 models, respectively. As expected, the three carbon monoliths presented fast adsorption of CO₂ from a CO₂/H₂O mixture. Furthermore, when humid flue gas was considered overall adsorption kinetics were governed by CO₂. Besides, the experimental data fitting to the intra-particle diffusion model showed that gradual CO₂ and H₂O diffusion towards the micropores was the rate-limiting stage. The obtained results give a better insight into the selective adsorption of CO₂ and the potential of honeycomb carbon monoliths to separate CO₂ from humid flue gas in the context of the cement industry. Carbon monolith 793 is the best carbon monolith candidate to capture CO₂ at the evaluated conditions: a capacity of adsorption of 1 mmol CO₂ g-1 and favorable kinetics in 32 vol.% CO₂ and 4 vol.% H₂O(v), at 50 °C and 101.3 kPa. 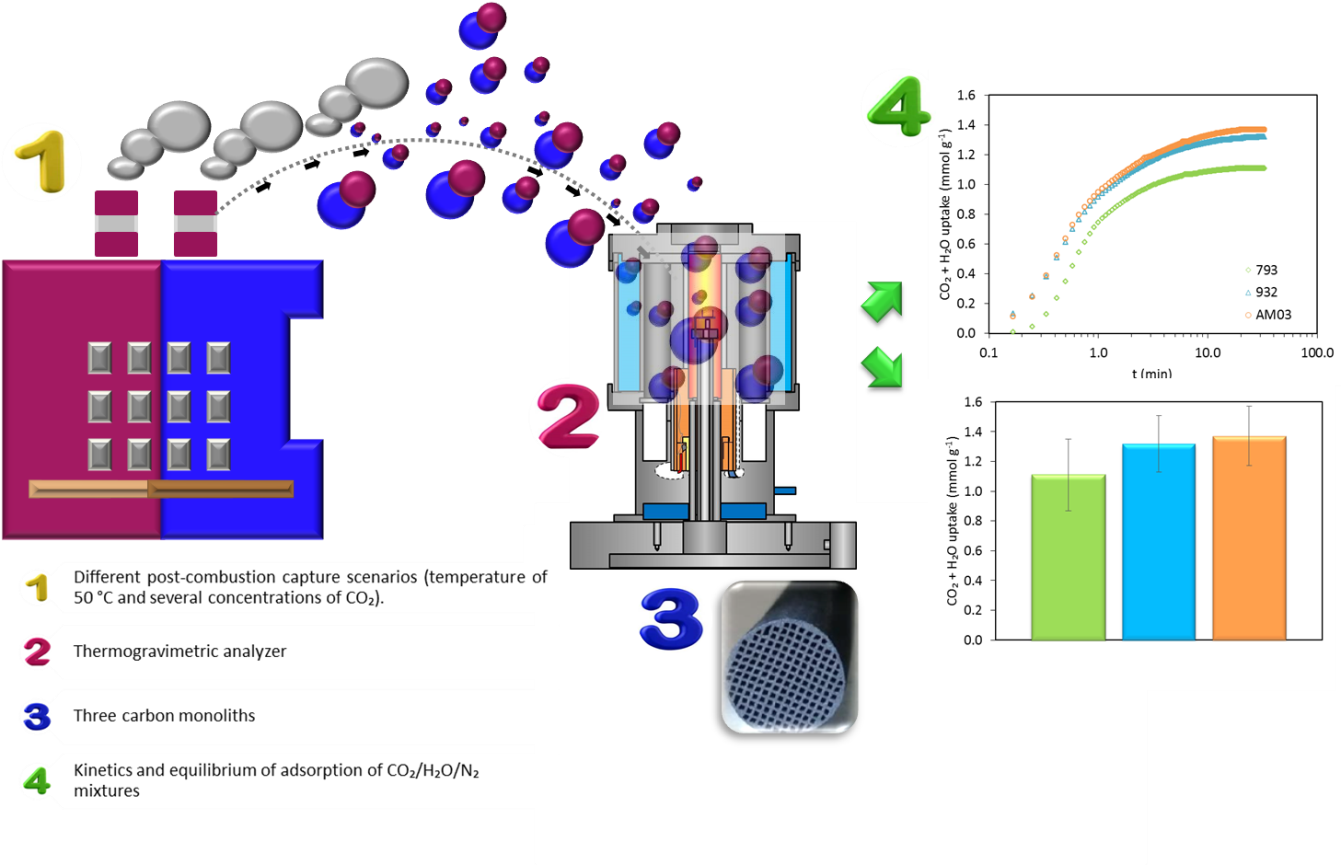