Landscape fires (i.e., wildfires, land management fires, and agricultural burns) affect 3–5 million km2 annually around the world, burning ~4% of Earth’s vegetated land surface. As a result of incomplete combustion, part of the biomass burnt during fire is transformed into charcoal (also known as pyrogenic carbon). The proportion of burnt biomass converted into charcoal is highly variable, and ranges from negligible up to 30%, depending on the characteristics of the vegetation and the fire itself. Landscape fires have recently been estimated to produce about 256 Tg/year of charcoal globally, equivalent to 12% of the total carbon released by these fires. Charcoal is more resistant to degradation than unburned biomass and can be preserved in soils, waters, and sediments for centuries to millennia2. About 200 Pg of charcoal is estimated to be stored globally in surface soils and 480–1440 Pg in marine sediments.

Wildfire charcoal is ubiquitous in many landscapes around the world and a comprehensive understanding of its effects on the climate system, ecosystem function, and environmental health is therefore fundamental. The impacts of charcoal on carbon and nutrient cycles have been widely investigated, as well as its role as a source of pollutants such as polycyclic aromatic hydrocarbons. There is, however, no information available to date concerning its potential as a source of environmentally persistent free radicals (EPFRs). In contrast to other free radicals with lifetimes in the range of microseconds to milliseconds, EPFRs can remain stable for prolonged periods of time (typically days to months) and are bound to particle surfaces. This makes them highly susceptible to redistribution within, and having impacts on, the natural environment. EPFRs have recently been proposed as a new class of contaminant because they can undergo a variety of reactions with water to form reactive oxygen species (ROS), which can have detrimental effects on ecosystem functions (see Fig. 1). EPFRs containing particles have thus been linked to adverse impacts on biological systems, including inhibition of plant germination, reduced enzymatic activity, cytotoxicity to single cells, toxic effects on both bacteria, and aquatic invertebrates. Therefore, the presence of EPFRs in charcoal and the subsequent formation of ROS may lead to yet unexplored effects on ecosystem functions and human health. For example, in the context of post-fire erosion and transport of wildfire charcoal into water bodies. 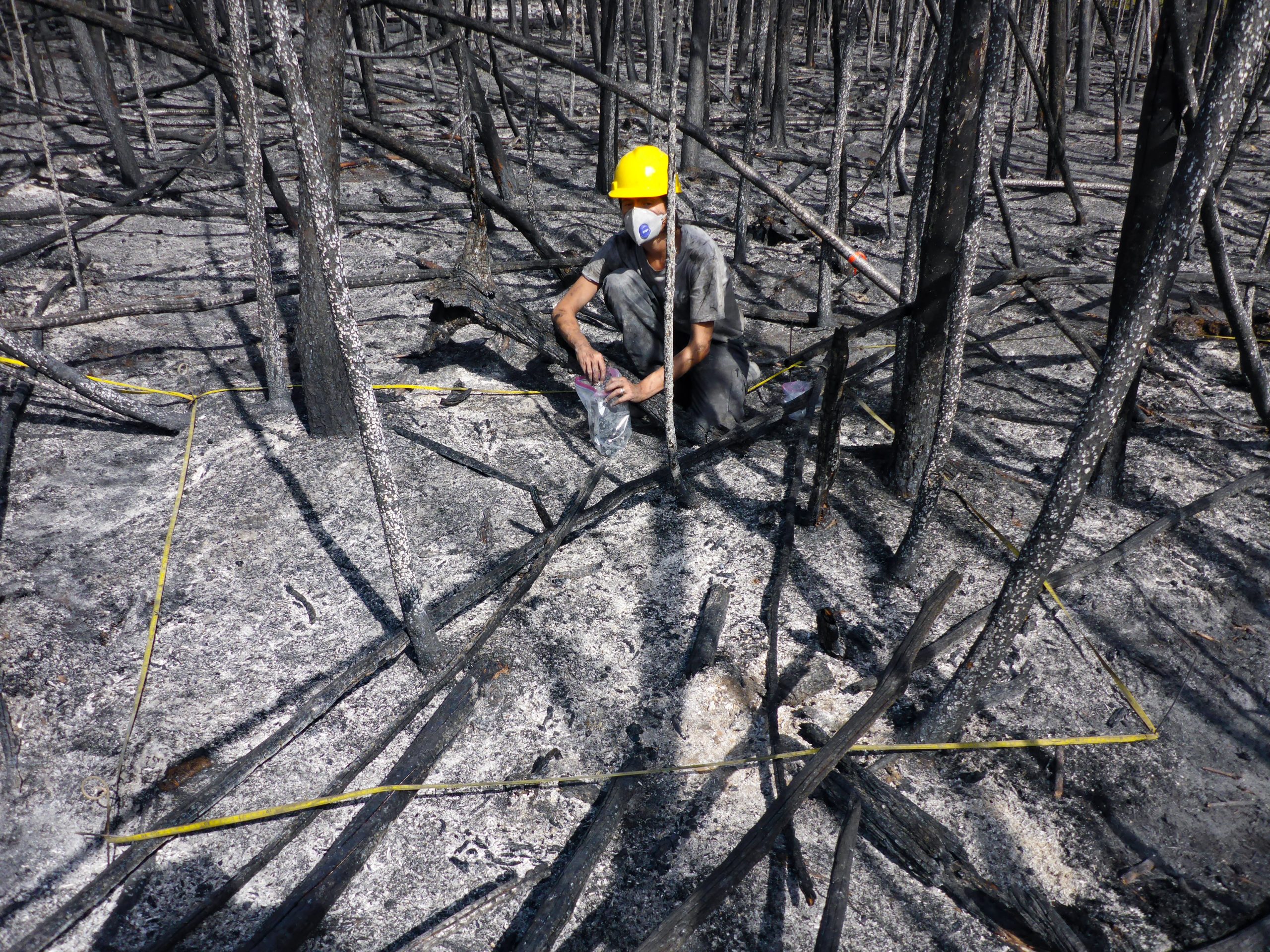